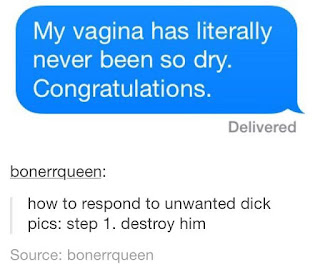 Posted by Dekmiak at 1:04 PM No comments:

Darkness in the sense of justice

People have an innate sense of justice. Our intuition tells us that if somebody did something wrong, they have to be punished. Notion of karma and such are based in the human tendency to think that there is some cosmic justice. And people who figured out that there is no objective justice, take such justice as an ideal humans should strive for. A just world is what most of us are working towards.

So maybe before we start making decisions based on our sense of justice, it may be good to know where does it come from and whether we should trust it. And of course, as most other intuitions, the sense of justice is a product of natural selection. It is how nature wired our emotions in order to guarantee that we cooperate, enforce social cohesion, and so on. The problem is that nature tends to implement technological trade-offs in her designs, and the things she creates are not perfect. For an easy example, just look up the recurrent laryngeal nerve which connects the brain with the jaw but goes down to the chest for no apparent reason (which is a gross redundancy for a giraffe).

And here is the question I have kept on asking. Should we trust our intuitions? I would say – no. Our intuitions are the animal spirits that the nature equipped us with to deal with much different circumstances than those of today. And even when the circumstances are right, the animal spirits are not guaranteed to be perfect. As anything else designed by natural selection, they are technological trade-offs.

Following our innate sense of justice may lead to sub-optimal design of society, and thus to more suffering that it would be necessary if people behaved rationally. Rationality should be a yardstick against which we should judge how efficiently our instincts help us shape the society. If you want to rationally maximize social welfare, you should consider what are the specific consequences of the decisions you make, rather than follow your intuition. For example, it is reasonable to think that some punishment for crimes is necessary in order to deter people from committing crimes. But if such deterrence cannot be achieved, there is no rational reason to punish a person. Moreover – there may be good reasons to offer the person help in order to make them a better citizen rather than let them learn how to be a hardened criminal during their jail time.

You may cringe at the notion that some crimes should go unpunished. But this feeling is precisely the dark, irrational revenge-seeking sense of justice that was implemented in you by nature. If you want to build a better society, you need to set the feelings aside and perform strict cost-benefit analysis of the decisions you are facing. When you compare outcomes obtained with rationality to outcomes obtained with the human innate sense of justice, it is easy to see the darkness of our animal spirits.

For examples on how people deal with trade-offs between innate sense of justice and pragmatism, see:

Related peer-reviewed papers:
Posted by Dekmiak at 12:03 PM No comments:

Undeserved saliency of thoughts and words

It happens very often that we put a great emphasis on what people think express verbally. I can see it in philosophical texts where, for example, philosophers deliberate what should be more important – expressed preferences or revealed preferences (see Decision Theory and Rationality by José Bermúdez, p. 64) or while listening to people who keep on talking about their beliefseven in absence of any decision making problem these beliefs could influence.

My take on it is that what ultimately matters is behavior and decisions. Description of human mental processes can help us understand some aspects of human behavior but is only a part of the picture. For example, if we want to see what a person truly wants, the action and the actual choice should be taken into account rather than what the person says she wants, even, or especially, when the two are in conflict. Similarly, it does not matter what convoluted theories people come up with in order to explain how their thoughts interact with their behavior. If their behavior can be fully explained by a simpler theory, then the convoluted ones should be discarded.

But why? Why am I so eager to demean human thoughts? The reason is simple. Verbal processing and speech are devices that serve some evolutionary purposes. I do not believe that providing a perfect window into the operation of the human mind is one of these purposes. On the contrary, we know that a lot of mental processes are unconscious. The part of the brain responsible for verbal processing is not connected to all other parts of the brain that are responsible for making decisions. Therefore, we are unable to describe fully what is going on in our heads. Furthermore, there aren’t even reasons to believe that spoken words are a perfect window into the part of mind that is available to verbal processing. It may well be a dirty window obstructing the view or a distorting mirror.

To give you an analogy – imagine that human nature is a picture of a ruined city with a single nice flower in the foreground. What people say about their thoughts can give you access only to the part of the picture that has the little flower, probably seen through a distorting lens. It is not wise to draw a conclusion about what the entire picture represents based on this little image only. If you want to know what the human nature truly is, you must go beyond the verbal processing and look at the entire picture.

The best way to think about it is to ask yourself a question: what could I learn about humans (and how) if they could not speak? Or even better: how would I go about learning about an alien species that I have no clue how to communicate with and who may be different to me in any aspect? If you can think about humans and analyze them as an alien species, then you are on a good way to be objective in your analysis of the human nature. But if you are focused on what people think that is going on in their heads – then you may be bound for a dead end.
Posted by Dekmiak at 8:34 PM No comments: